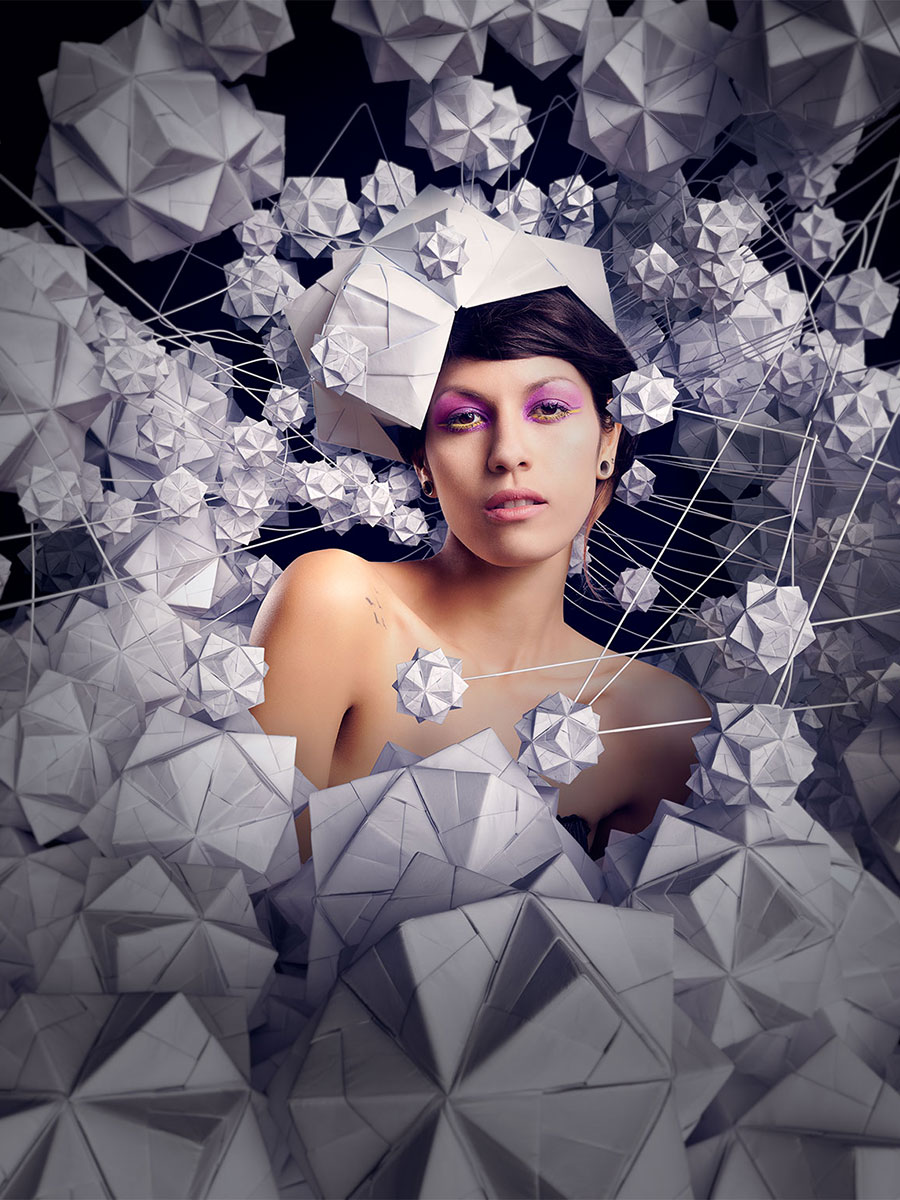 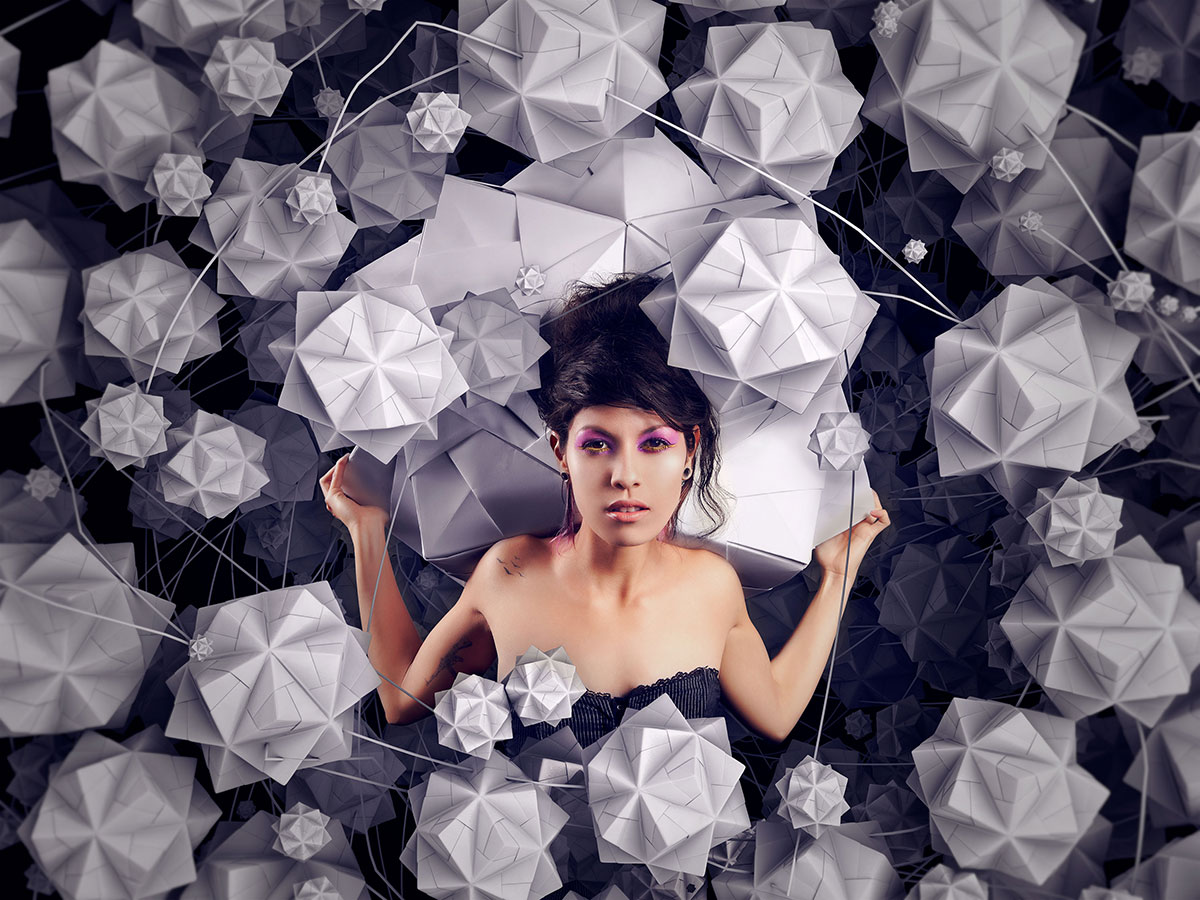 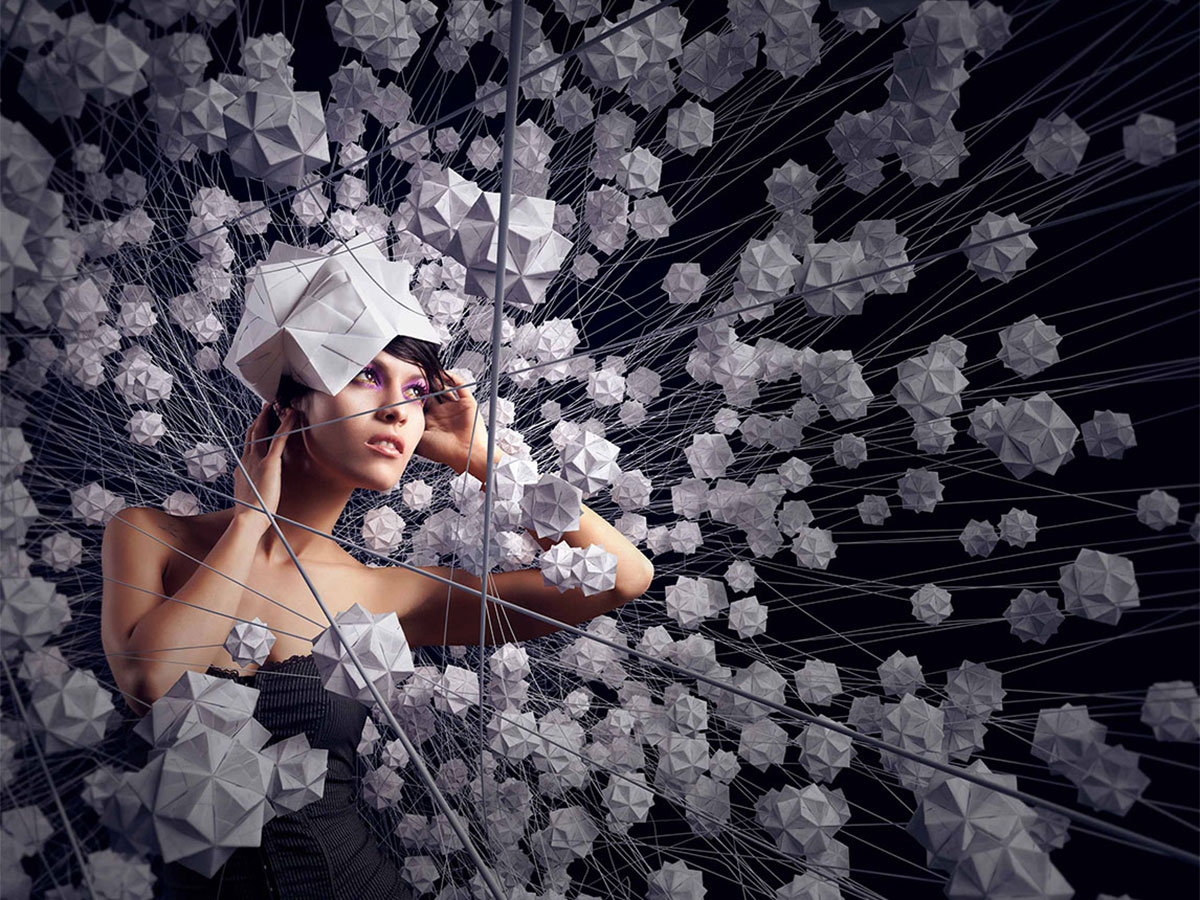 This is a paper virus. Viral structures are built of repeated identical protein subunits known as capsomeres, and the icosahedron is the easiest shape to assemble using these subunits. So in essence the geometric form of the icosahedron is also a protective shell to a viruses DNA. This gets sloughed off when it penetrates a cell. But until then, these viral structures are floating around our bodies looking for a cell to insert into. These same forms made of paper are bursting out and looking for it’s next cell.

These shapes have been around since antiquity. Plato wrote about them as he was describing how he believed our universe and man came to be. While exploring this type of shape that directly affects us on a biological level, the materials that are often used to recreate these shapes is the very basic symbol for creativity: paper. Plato believed that our physical world was ever-changing and that the world we originated from was eternal, never changing. This is for me the beauty of tackling this as a photograph—viruses constantly evolve and they also change us, trying to capture a dispersion forever is something exciting to me.

Check out my interview with the Creator’s Project about Paper Virus!